Unparalleled source of inspiration, the master was born in the capital of the known world in the Golden Age

Seville was the cradle that rocked the Sevillian teacher. It is no coincidence that Velázquez was born in this geographical enclave. The birthplace allows recovering the most relevant artistic stage that the city of Seville has undoubtedly experienced in the first third of the seventeenth century, when it went from Mannerism to the style of Flanders to the renewing gloom that came from Italy. From there arose an own style known as the Sevillian Naturalism. In this context, Velázquez developed the work of greatest interest in the world of seventeenth century painting because it treated with equal excellence all genres: religious, mythological, portraits, historical, landscapes, still lifes … In addition to being, indisputably, a teacher whose legacy has served as a reference to all subsequent generations of artists to this day. 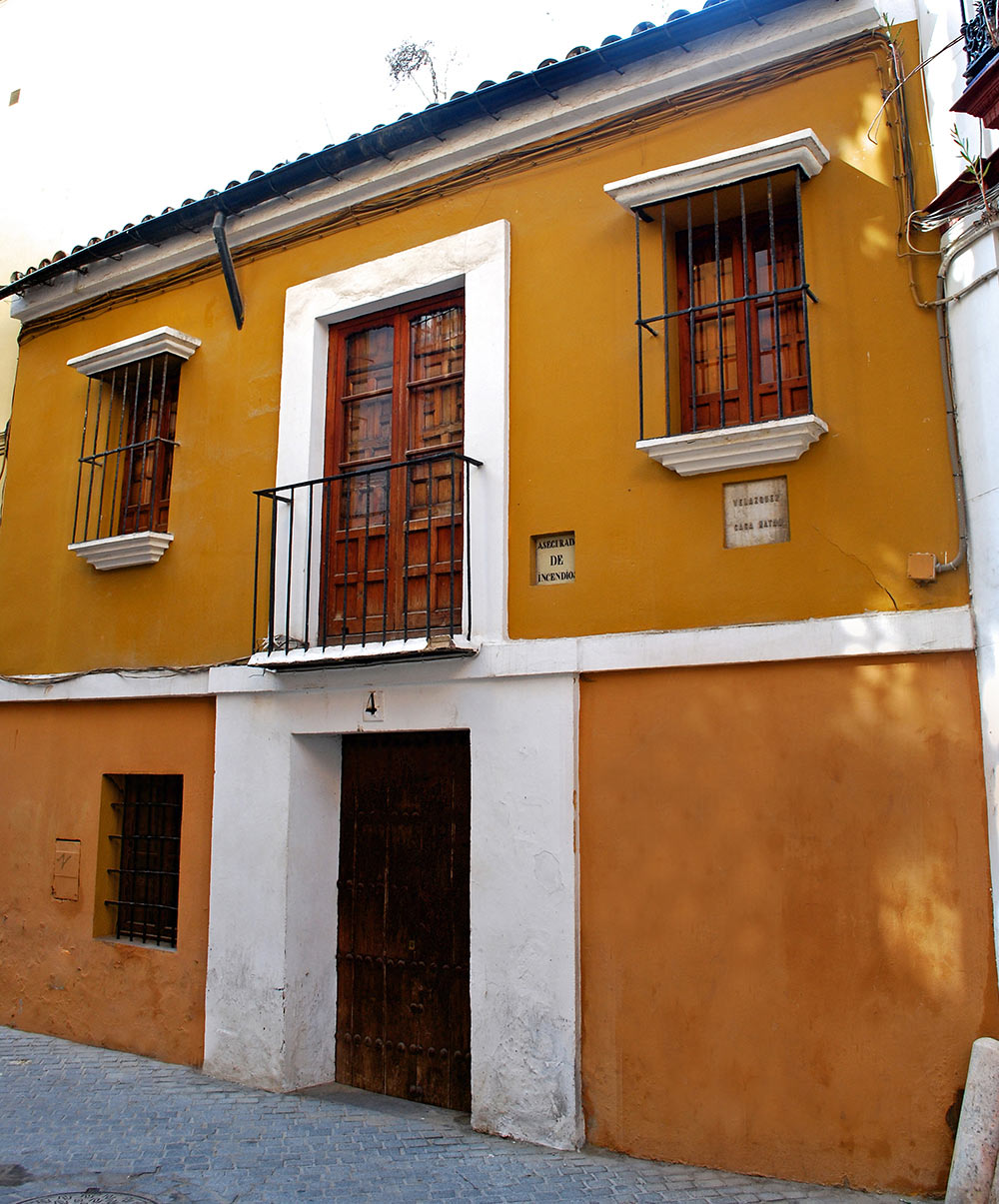 Diego Velázquez was born in this house in the center of Seville in June 1599. His father, Juan, of Portuguese origin, was an ecclesiastical notary while his grandparents had been merchants and artisans, with small properties in Seville and towns in the area, who lived comfortably but no frills. When Velázquez was born, the house would have been inhabited by several families.

The house was located on Calle de la Gorgoja, currently called Calle Padre Luis María Llop, which in the 16th century was in the heart of La Morería, the Moorish neighborhood of Seville, so from a very young age Velázquez would have had contact with representatives of other cultures. 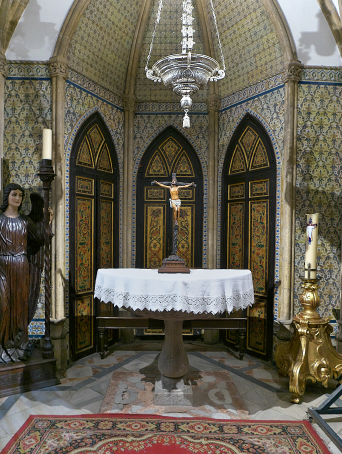 Velázquez was baptized on June 6, 1599 in this church, a few meters from his birth house, built in the 14th century in the Gothic-Mudejar style, although both the main facade and the altarpiece date from the 17th century. This temple, where Velázquez's parents also married in December 1597, still preserves the stone font where he was baptized. 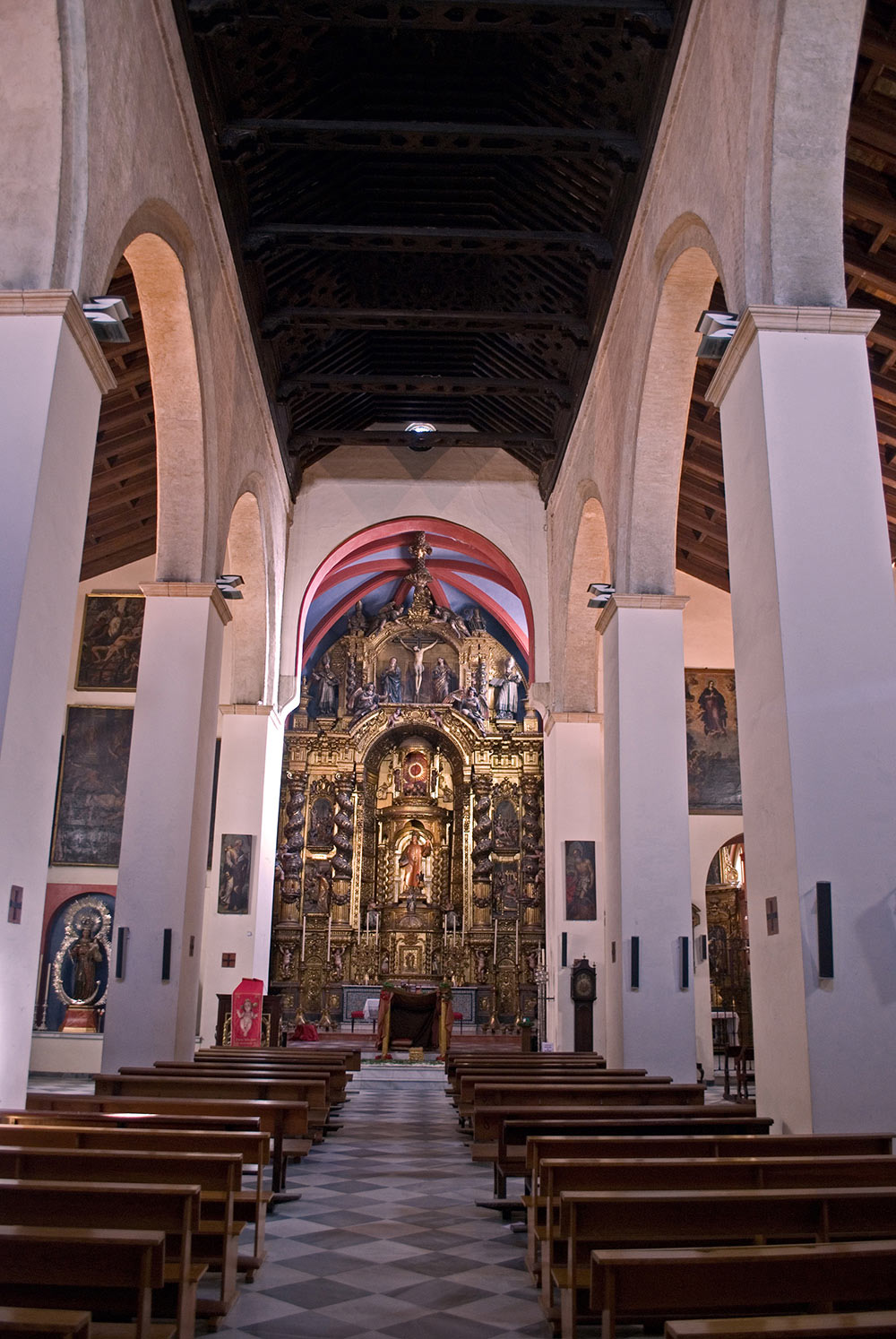 Baptism of his eight siblings

Velázquez was the oldest of eight siblings. Most of them were baptized in this church, so the young Diego surely spent part of his childhood in a house, now missing, in the surroundings of this parish. 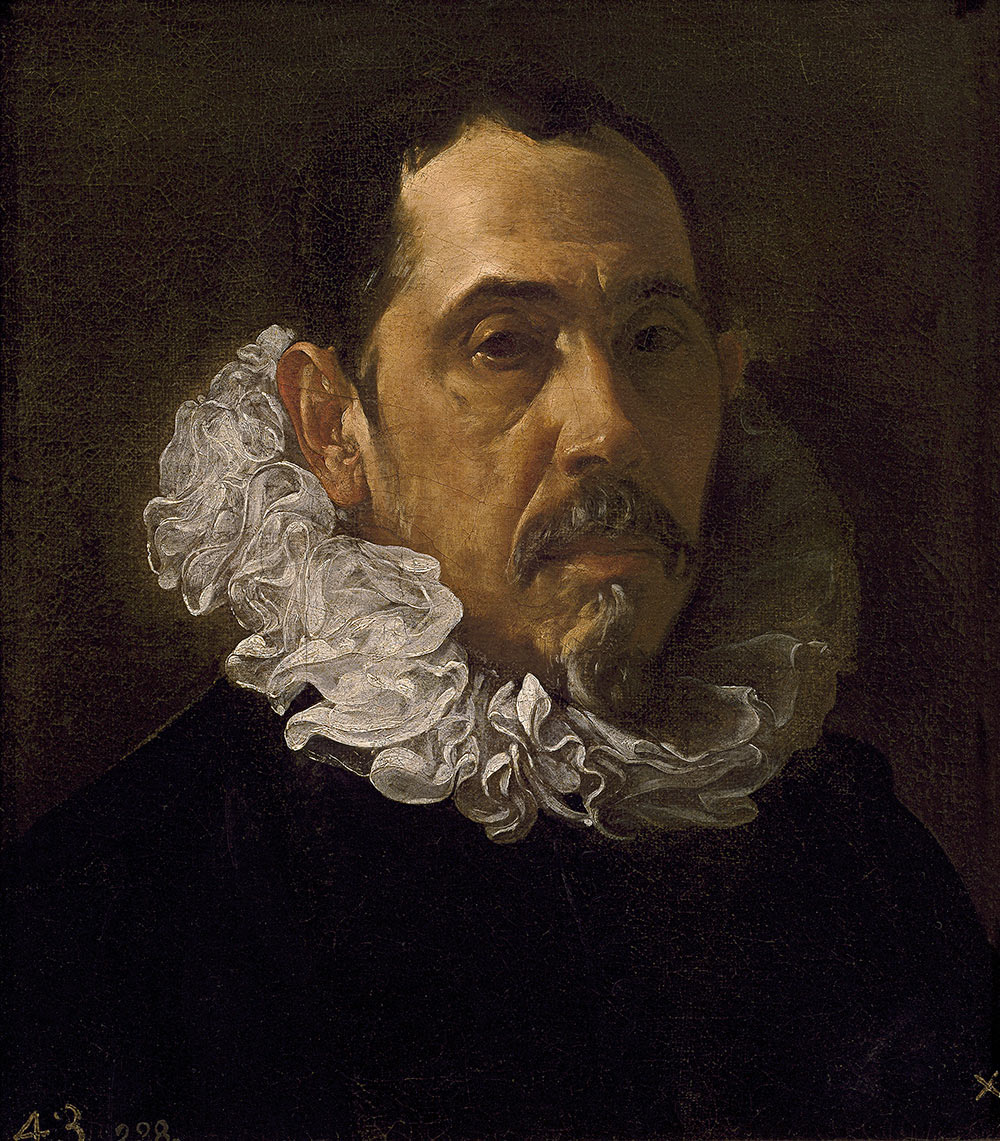 At the end of 1610, Velázquez began his apprenticeship as a painter in a house that has now disappeared on Calle del Puerco, now Calle Trajano. A plaque on the façade of the Hotel Venecia recalls the exact place where Velázquez learned the rudiments of the trade and came into contact with some of the most important artists of Seville in the Golden Age, such as Alonso Cano, another student of Pacheco, from Granada, or the sculptor Martínez Montañés, who will have a considerable influence on his life and work. Velázquez concluded his apprenticeship on March 14, 1617, when he was admitted to the painters' guild, “as a master of imagery and oil painting,” but he would remain forever linked to his master, whose daughter Juana married in April 1618.

The vindication of painting as an artistic activity

Built at the beginning of the 16th century, this palace will be the main gateway to Renaissance ideals in Seville. Francisco Pacheco worked as a painter in this building, on the first floor of which you can still admire one of his most important works, the Apotheosis of Hercules, and he participated in the gatherings organized by the Third Duke of Alcalá, in which the humanists participated. most important of the Seville of the early seventeenth century whose ideas, such as the vindication of painting as an artistic activity and had an impact on the personality of the young Velázquez. 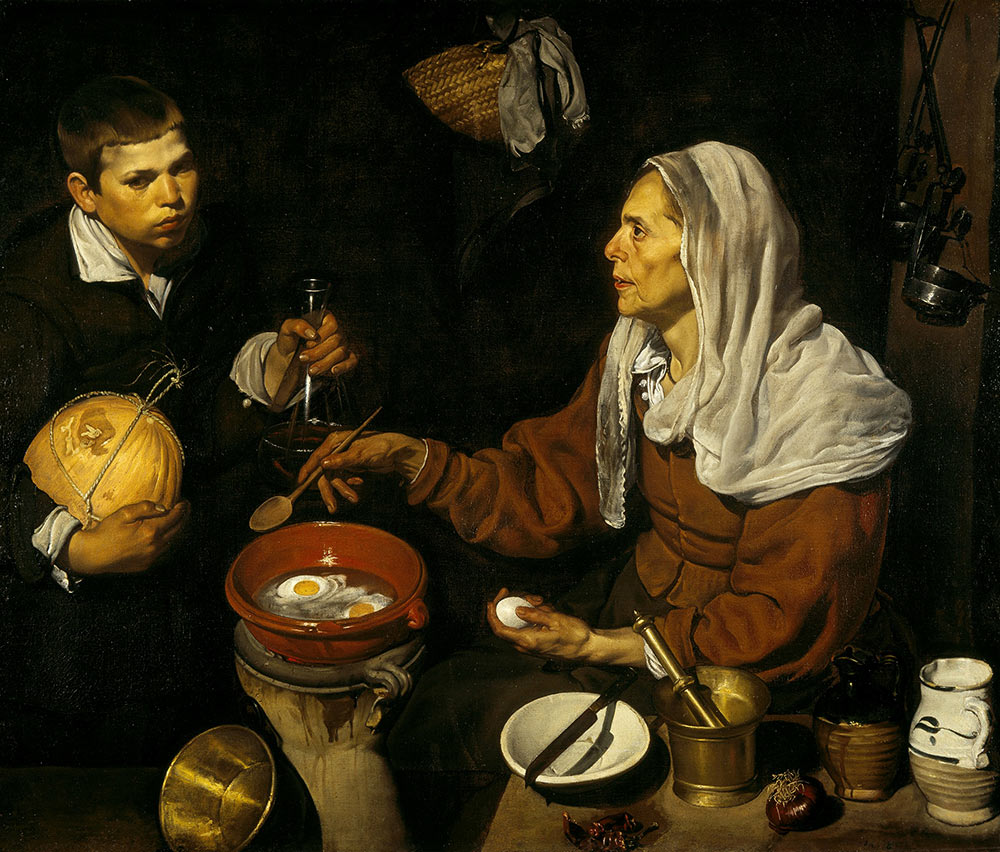 After his wedding with Juana Pacheco, Velázquez settled in a house, now defunct, on this street, where he also had his workshop and painted his main masterpieces of his youth, such as the “Old Woman Frying Eggs”, “The water carrier” or “Cristo at the house of Marta and María”. The two daughters of his marriage with Juana, Francisca, in May 1519, and Ignacia, in January 1621 were surely born in this house. After a first trip to Madrid in the summer of 1622, Velázquez is called to the court of Felipe IV, to exercise the position of painter to the king, in October 1623. Except for two long trips to Italy, in 1629 and 1649, Madrid will be Velázquez's permanent residence until his death in August 1660. There is no record that he will ever return to his hometown. 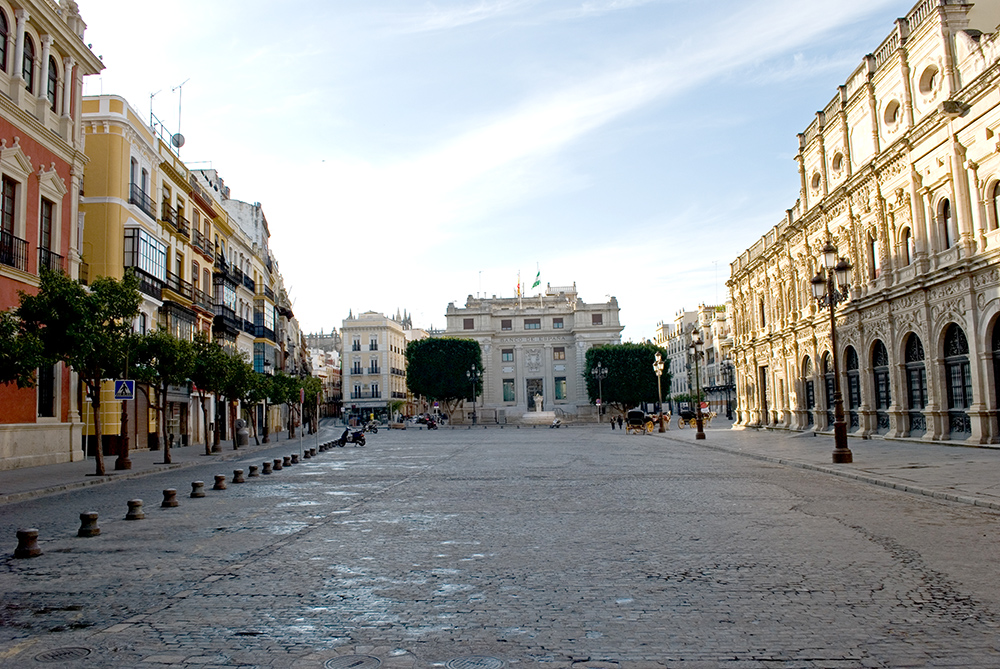 The main place of the events of his life

The oldest in the city and scene, in the time of Velázquez, of the main events of the life of the city such as fairs or executions. 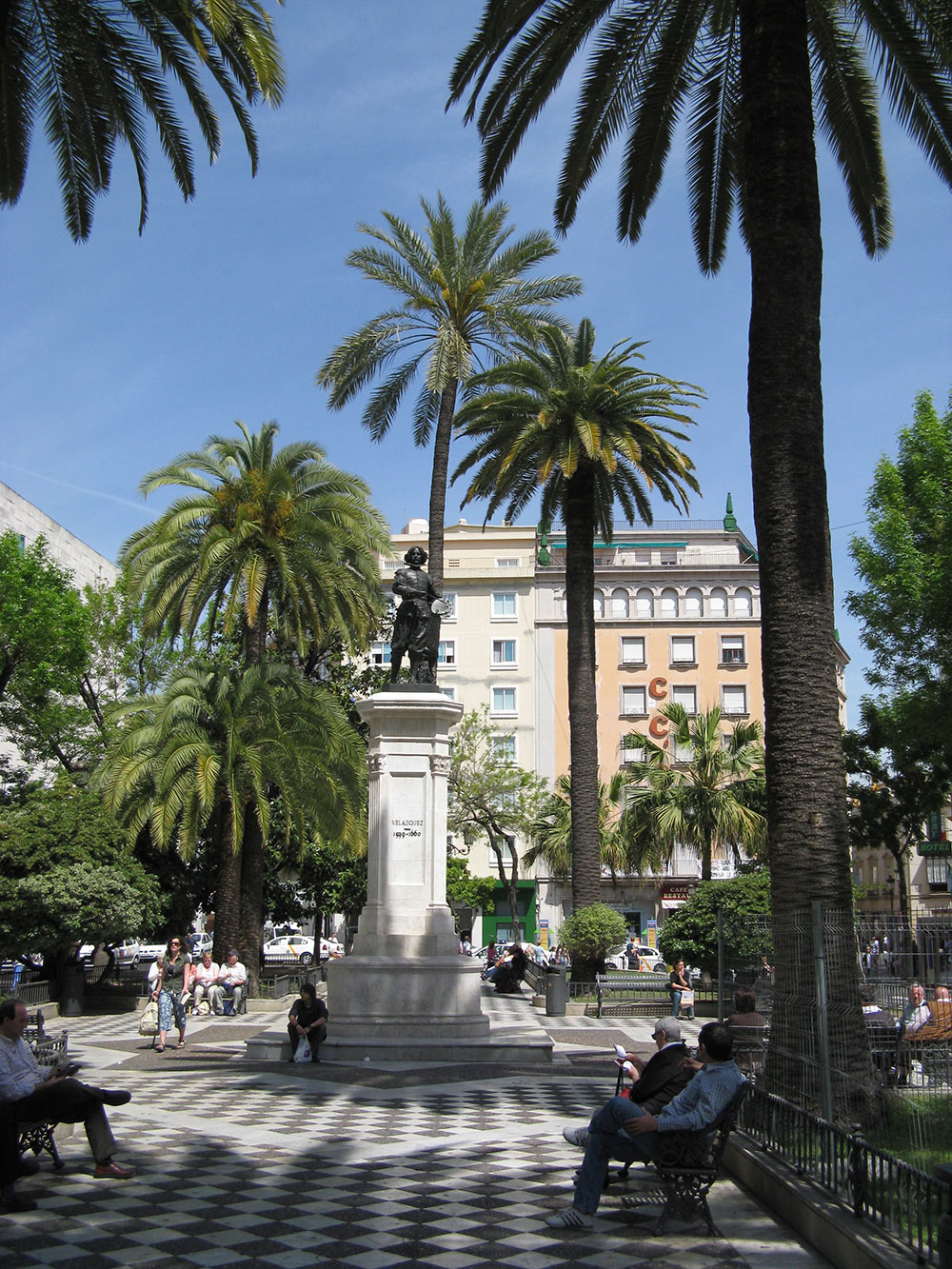